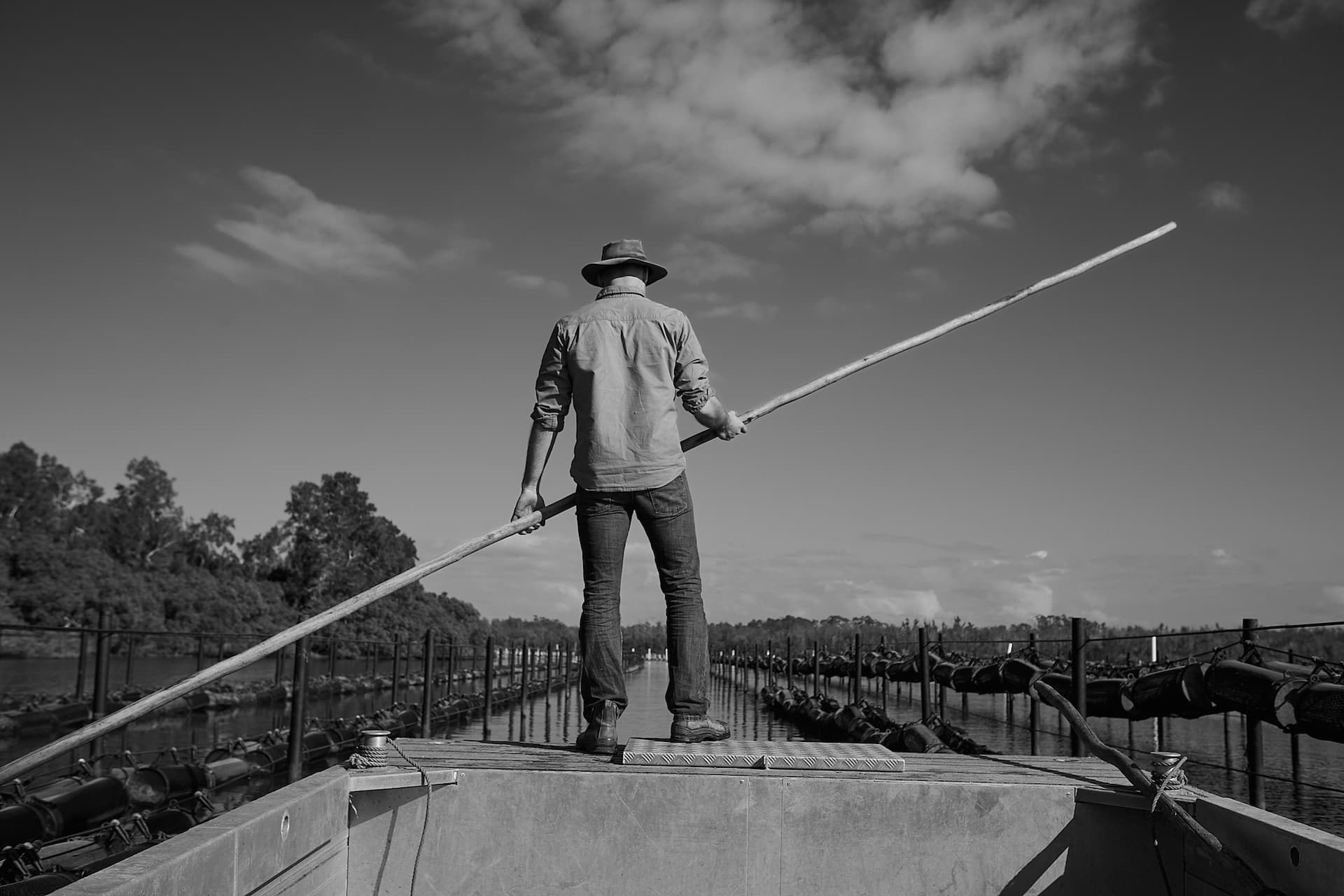 The history of the Sydney Rock Oyster, our industry, farmers and our company spans thousands of years dating back to the earliest recorded Australians. With years of cultivation, craftsmanship and amassed knowledge the Sydney Rock Oyster has become one of the world’s most sought after delicacies and together forge the East 33 story.

In 1880, Thomas Holt, the true father of scientific oyster cultivation in Australia, began to observe the fascinating nature of the Sydney Rock, and by 1865 noticed that the native oyster had been widely plundered for its natural health benefits and delicious flavour. In response to this, the creation of Australia’s first oyster cultivation beds at Weeney Bay (now known as Botany Bay in Sydney, NSW), were created, of which Holt was fundamental to their establishment. Holt’s bold move laid the foundation for the future of Australian oyster aquaculture; in 1876, Holt was appointed as Chairman of a Royal Commission into Oyster Culture, which in 1880 resulted in Parliament passing laws to enable the
formation of oyster leases as we know them today, ensuring the survival of the native Sydney Rock Oyster.

In 2019, 10 farming families and many others have united as East 33 Limited. Collectively they combine hundreds of years of farming knowledge, creating the world’s foremost collective of Sydney Rock Oyster farming expertise. The East 33 mission is to pioneer the world’s best oyster culture, by empowering the people behind it, caring for the places that support it, and delivering moments to be savoured.

Thirty Three Degrees acknowledges the traditional owners of the land which dine, sip, work and play, and pay our respects to generations past, present and emerging.